In the south of Chile, there’s a small town, Frutillar, named for the abundance of wild strawberries that grew there years ago. The town was originally settled in the 1900s by German cattle and sheep farmers (the Chilean government wanted to increase the population in this region and gave these immigrants land in order to settle at the base of the Osorno volcano). Fast forward one hundred years later and welcome to Frutillar Bajo – a small part of the town nestled by the lake and dotted with homes reminiscent of German architecture and stores selling huge pieces of kuchen, or, apple tarts. The town has historically had an annual festival of music, and today there is a ten-year-old majestic Teatro del Lago that juts out onto the lake and boasts international performances in dance and music. In addition, the Casa Richter – a School of the Arts – trains dancers and musicians both professionally and recreationally. The vision for the Teatro is to “serve as a center for artistic and educational development for Latin America and the world by encouraging creativity, social integration and the development of skills linked to educational practices of excellence in an exceptional environment and with exceptional infrastructure.” My host this past week was Nicola Schiess – an indomitable force of energy that has built not only the Teatro and the professional arts school, but also an elementary school – Colegio Kopernikus, which borrows from the progressive philosophies of Reggio Emilio, Montesorri, John Dewey, Peter Petersen (Jenaplan) and the spirit of the explorer, Nicolas Kopernikus. The classrooms are not divided by grade but rather students travel together in age bands of about three years; ages 6-9 learn together, 9-12, etc. This school is highly unusual for Chile, which, like most countries, has a fairly rigid view of education. I was in Frutillar to participate in the International Forum on Creativity and Learning, named “Puelche, Frutillar.” I was one of five panelists who gave morning talks about our own work. Then, we all participated in a panel discussion about the kinds of short-term and long-term changes that might benefit Chile’s schools and communities, moderated by Tomas Recart. The audience was teachers, policy makers, artists and various community members. I was able to bring my colleague, Josue Gonzalez, Director of El Sistema at Conservatory Lab Charter School. Josue played a solo piece on cello called “Preludio-Fantasia” from the Solo Cello Suite by Gaspar Cassado to kick off the conference. In the afternoon, both of us gave workshops. My workshop focused on the question of what we hoped our graduates would know and be able to do. We created three dimensional models that reflected our ideas. It was an important activity as it allowed participants to get out of their heads and create a more abstract argument for their beliefs about education, learning, and young people. I had the chance to give my talk again in Santiago at Centro de Estudios Públicos along with Daniel Wilson, Director of Project Zero. The audience in Santiago was teacher developers, academics, and educational policy experts. Again, the question that framed our discussion was: What is the role of creativity and arts in education? How could we better utilize creativity to improve Chilean education? Since there were only about 100 people in this setting, as opposed to the nearly 500 in Frutillar, there was much more dialogue.

I am no expert on Chilean education, but I do know the vital role that arts can play in the development of young people’s educational opportunities. I tried to make the argument that our students feel more empowered and have a strong sense of ownership of their education through a creative approach. I believe the examples from Conservatory Lab and BAA were convincing. At least folks told me they appreciated learning about the work of these two schools.

Some final thoughts:
I was very happy I could bring Josue with me. As an emerging leader, and a graduate of the Perrone Sizer Institute for Creative Leadership, he was able to become immersed in conversations and dialogues in a very different context. He observed many similarities and differences between the Chilean context and Conservatory Lab Charter School. I think we both felt that we were able to make important contributions to a network of very hard working and committed individuals who may not recognize the importance and excellence of their own work. Sometimes it helps to have someone come from far away and say, “What!? This school is only four years old and you’ve done so much?!” or “It’s so impressive how Frutillar uses the arts and creativity for economic development!”

Of course, we had a chance to wander through markets and even sample wine at Cousiño Macul vineyard. In that way, we learned a bit about the high quality of Chilean wine and their pride at being able to export wine at such affordable prices.

I hope to be able to better connect Frutillar’s Colegio Kopernikus with Conservatory Lab Charter School, as well as with the other school designers we work with at the Center for Artistry and Scholarship. And I hope that I can help Nicola and her team develop a strategic master plan that can serve as an example for the rest of the country. Huge ideas, for sure, but these are individuals who don’t shy away from big ideas. They approach the work with enormous creativity, strength and vision. I look forward to continued collaboration. 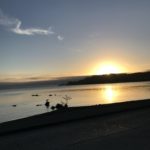 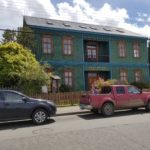 Casa Richter – School of the Arts 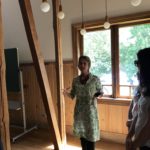 Nicola Schiess, my host and founder of Teatro del Lago 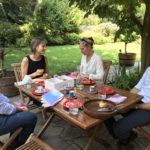 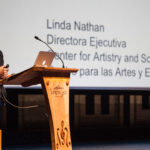 Delivering the keynote speech at the conference 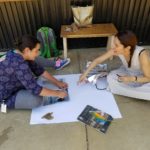 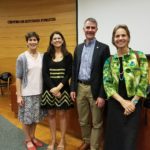 After my talk in Santiago – with Sylvia Eyzaguirre T., Daniel Wilson, and Nicola Schiess